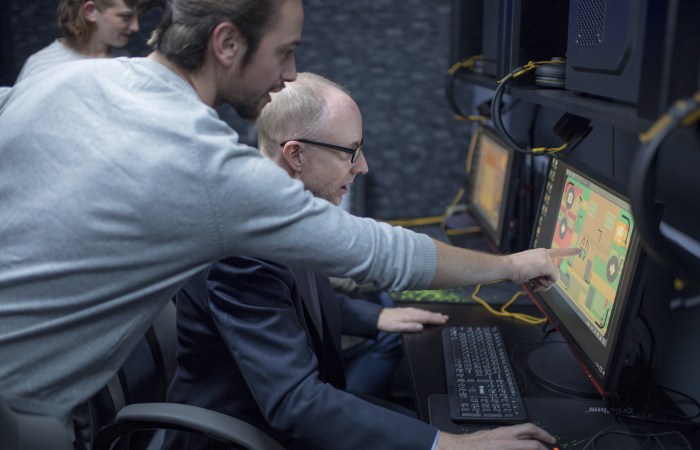 Back to Activities Game Over Corruption

In a time and age when reaction norm to negative phenomena such as corruption has become, well, no reaction at all, we encourage and applause protests of any kind. Last December, together with UNDP Kosovo, we started a competition called Game Over, Corruption with the aim of raising awareness and education of anti-corruption efforts through the ever-growing mobile app platform!

Last December, we opened the competition to young people all over Kosovo and after many game ideas, presentations and hard-work, the two teams with the best ideas and first drafts were sent off to an adventure quest with 4,000 EUR each. These money and the mentors were used carefully to design and develop games in the given time frame.

The two groups were brought together with the Game Over, Corruption audience yet again last night at the cozy environment of X-Portal where they shared their final works and the last level of corruption in their fantasy work!

Last night we proved that through different channels, different audiences can be reached! The gaming community and young people in general got to play the games developed by their peers and get ideas on how to slay the monster of corruption in real life!

Till the next level – and the next power up,
IF