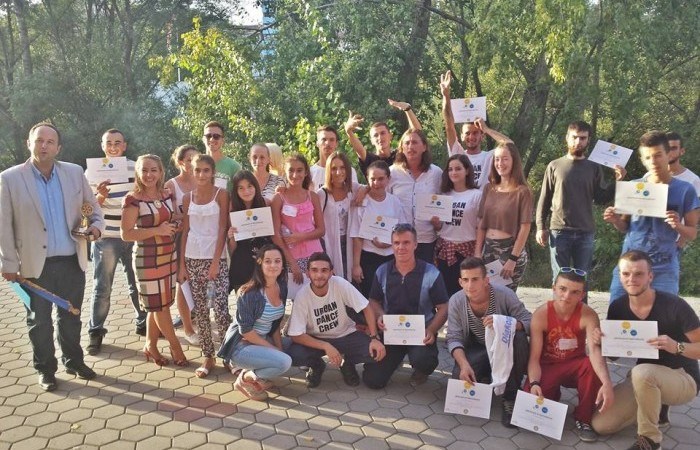 After the summer break, the first event of A Violence Free Future continued in the northern part of Kosovo, in the event which gathered around 100 participants from Mitrovica. In the warm atmosphere of Diakonia Youth Center, which is located by the Iber River, many youngsters joined this massive campaign of supporting the human rights and saying no to extremism.

During the past weekend, Mitrovica was a place where multi-ethnic participants and different NGOs and institutions gathered together to talk, ask questions, and be active in discussions in regards to violence, tolerance and respect, extremism, leadership, as well as sharing their knowledge and experience with others.

The ‘Panel of Tolerance’ was presented by speakers who come from different backgrounds and who shared interesting stories with the audience. This panel was hosted by: Besnik Vasolli, Dr. Dukagjin Gorani, Gazmen Salijevic, Besa Ismaili, Brikena Avdyli,  and Avni Mazrreku.

The last part of the Violence Free Future was about workshops with interesting topics such as:

Since its launch in 2014, A Violence Free Future is being organized by Rotary Club International with the support of the U.S Embassy and IPKO Foundation, with the main goal and mission: To promote tolerance and its role within the Kosovo community.

Check out here the photo gallery of the event in Mitrovica.