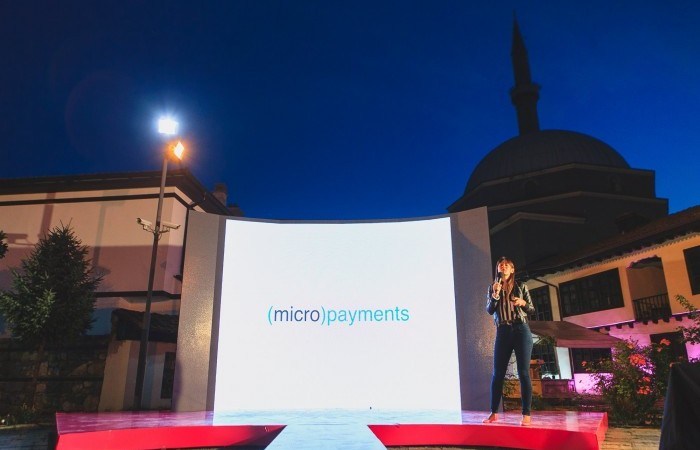 Bringing us more optimism….Elizabeth Stark occupies the third slot at DOKU:TECH 2015. Known for co-organizing the protest movement which helped shut down the internet in protest against SOPA and PIPAElizabeth taught previously at Stanford and Yale and started the Ideas for a Better Internet Program at Stanford to engage students in working on projects to better the future of the net.

Elizabeth kicked off her talk with the statement – to talk about the future we have to talk about the past. Each stage of technological development raised new issues related to privacy, identity, control, de/centralization.

Elizabeth moved from the past to the current state of digital currency and Bitcoin. What problems does this technology solve?

Her vision of the future envisions a revolution in transactions, payments and currency informed by many of the issues from the earlier phases – privacy, identity, control and centralization.