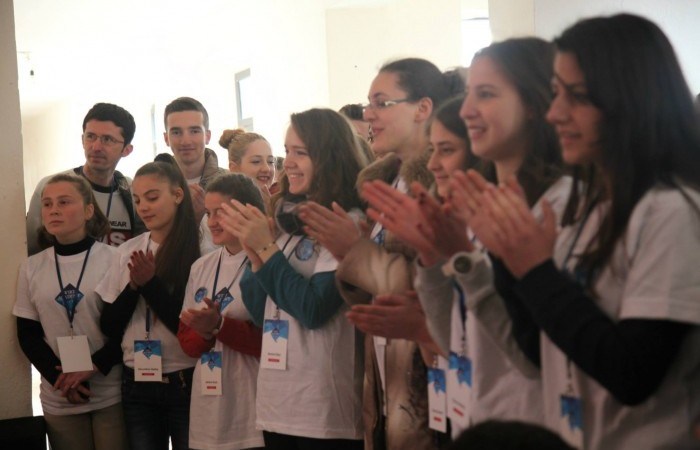 Wiki Academy is an innovative project that was initially started in Kosovo, and was successfully implemented for two years in a row.

This Academy was an outstanding opportunity for Kosovar youngsters to develop their writing skills and make Kosovo visible into the online world.

During the last Wiki Academy Kosovo, more than 80 articles were published in Wikipedia and hundreds of encyclopedic photos were uploaded, thereby complying to the objective of promoting Kosovo internationally.

We took the initiative to adapt this activity in Kukes, but by not being aware that this project would have an enormous impact on the lives of participants, as well as on the accessibility of information regarding Kukes and the surrounding municipalities.

Since the very beginning, the enthusiasm of the youngsters from Kukës, Has, and Tropoja was very high upon receiving the main information about the event.

The preparations for Wiki Academy Kukes started early this year, and the project was concluded during the last weekend when all the articles were posted on Wikipedia.

More than 120 young and enthusiastic people from Kukës, Has, and Tropoja were part of the Article Contest and wrote around 30 new articles about the Kukës region, which were posted on Wikipedia. Additionally, more than 1000 photos were added to Wikimedia Commons.

This edition of Wiki Academy not only promoted the Northern part of Albania by adding online content, but it was also a great opportunity for many youngsters to be part of a very interesting project, learn many useful things about research and writing, meet and interact with other people, be creative, and expand their knowledge on writing and editing Wikipedia.

IPKO Foundation would like to extend its gratitude to partners, mentors, volunteers, and all who contributed towards the implementation of this astounding project.

This project was brought in Kukës by IPKO Foundation, in cooperation with ALB AID, with the support of Norwegian Embassy in Prishtina, Partners Albania, Drejtoria e Arsimit Kukës, Open Labs Albania, American Corner Kukës, and FLOSSK.

Below you can find the list of winning articles and photos:

Winners of the Article Contest:

Winners of the Photography Contest: