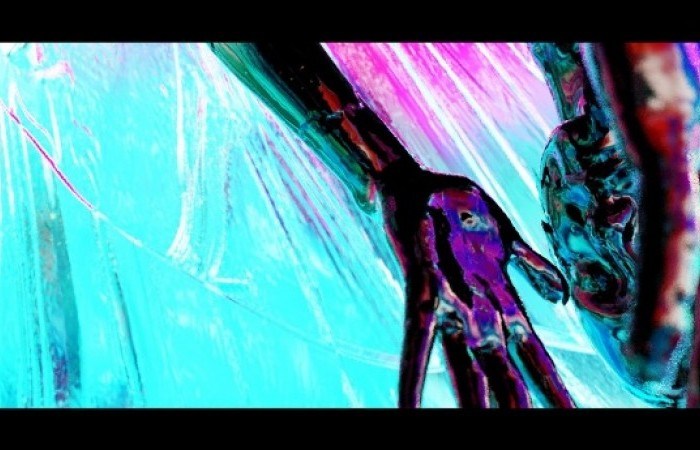 The world is changing rapidly, technology is evolving, and many things we thought impossible are now within grasp and part of reality. We are living in the future we have so much talked about! This year’s DOKU:TECH will captivate its audience in the Prizren League, with nothing short of the most interesting topics in today’s world of tech.

The city of old buildings and curious minds – Prizren – will see a dynamic selection of handpicked passionate speakers who will share their experiences in the tech world in front of the DOKU:TECH audience, in hopes of inspiring positive change once again on the dates of 6th and 7th of August, 2016 at Lidhja e Prizrenit.

Curiosity grows each day as to what can be achieved using the newest technologies that emerge, and each of these discussions are controversial in their areas. DOKU:TECH discusses the effects of these technologies and their social implications; from artificial intelligence to space travel – leaving no space for boredom throughout the two days of groundbreaking discoveries. Overall, more than 4000 participants from different backgrounds and countries have been involved with DOKU:TECH through the years, and the number will rise significantly in this year’s edition as well.

Participation at DOKU:TECH is free, and requires only registration beforehand. The registration form can be found here, and all tech supporters who want to challenge themselves through amazing ideas and concepts are encouraged to participate! The agenda of this year is designed around efficiency of information and practical learning all around.

Speakers and Topics at  this year’s conference will tackle issues like gaming and virtual reality, 3D Printing, online marketplaces, artificial intelligence, cyber security and innovation in developing countries in collaboration with capable speakers for each topic. Below are some of the speakers highlighted for this year’s conference:

Currently works as an Editor at Large at TechCrunch – the biggest breaking news site about the world’s hottest tech companies.

Aral is an activist, designer, software developer, and one third of Ind.ie, a tiny social enterprise working for social justice in the digital age. Ind.ie uses ethical design to create post-cloud technology for a democratic, just, and egalitarian future.

Thorsten curates under the international brand A MAZE festivals, exhibitions, and workshops on the intersection of independent games, experimental VR experiences, playful media, and games culture.

He is the first human who spent 48 hours without breaks in virtual reality – a story which will be told exclusively at DOKU:TECH 2016.

As French people call him ‘Le troll rêveur’, Peter Sunde is one of the most controversial, troll persons you can probably meet nowadays.

He is mostly involved in projects that can change society and he has done a lot in this field! Sunde is one of the creators of The Pirate Bay and currently he is running the Flattr – a social microdonations provider.

Listed as one of the 30 under 30 Social Entrepreneur of 2016 by Forbes, Joséphine is COO at Techfugees, a social enterprise coordinating the tech community’s answer to the refugee needs, and tech evangelist for a web-based recruitment platform, Yborder, supporting the mobility of software engineers within Europe.

She is the main visionary behind ID Guardian’s products and overall strategy, responsible for successful customer relationships with Fortune 100 clients globally. Josipa was a keynote speaker at the Global Entrepreneurship summit, appeared on the BBC, Fox News, WSJ, Forbes, CNN and many others.

After attending the University of Zagreb at the age of 22, she founded ID Guardian. Prior to that she worked on a patient monitoring system, helping children and users worldwide to learn from biometric insights.

Valto is an internationally awarded serial entrepreneur with over 20 years of global experience. He is a co-founder and CEO of the Grow VC Group, a global leader in the fintech & digital finance services and startup ecosystem development for scaling innovation and entrepreneurship around the world.

Valto is a visionary strategic professional with deep knowledge about digital world concepts that connect with real world. He is a recognized speaker and advises public policy makers in various countries in Europe, Asia and USA.

Aviv is the founder and general director of the Utopia non-profit association, which groups together the Tel-Aviv International film festival of science fiction and the fantastic genres, and a program of events and creative projects titled Science, Imagination and Future Visions,

Aviv is also content manager at the Jerusalem Geek Picnic, a science, technology and art open-air festival as well as a consultant at B3, the Frankfurt Biennial of the Moving Image, focusing on digital, tech, design and media innovation.

Aviv is also a regular attendee at the Cannes International Film Festival!

Simone Cortesi is a neo-geographer, a techie, and loves technology and its ramifications for social good. He has been involved with the international open data scene for the last decade. He served as Director the OpenStreetMap Foundation, the nonprofit association that operates the OpenStreetMap Project. He helped several Governments realizing their open data initiatives and becoming more transparent. He is currently board member and treasurer for Wikimedia Italia.

Addie Wagenknecht is an artist whose work explores the tension between expression and technology. She seeks to blend conceptual work with traditional forms of hacking and sculpture.

Most recently Wagenknecht founded Deep Lab under a Warhol Foundation Grant. She was a member of Free Art & Technology (F.A.T.) Lab prior to its closure, and is the Chair of the Open Hardware Summit at MIT. Wagenknecht also co-produced the open source laser cutter Lasersaur.

BOLD Gadgets is the first Palestinian tech start-up going international and achieving success on Indiegogo, raising more than $150,000. “Her story… illustrates the power of women in technology, as consumers, creators and co-founders” According to Forbes.

Prior to BOLD Gadgets, Lama worked on a local start-up in Palestine but failed to grow it because of border restrictions, and eventually shut it down. Lama has also worked in business consulting and marketing during her university years.

Workshops will comprise the practical learning part of DOKU:TECH, and will incorporate the following topics: artificial intelligence, geolocation mapping, social networks algorithms, data security and encryption and secrets to a job interview etc.

Masterclasses will take place during the conference and are designed to be fully immersive in the topics they handle, all the while practicing hands-on knowledge and tasks to create a memorable experience.

Join us in Prizren, on the 6th and 7th of August in two days filled with tech, challenges, and experiences that will open doors of knowledge you never knew existed!