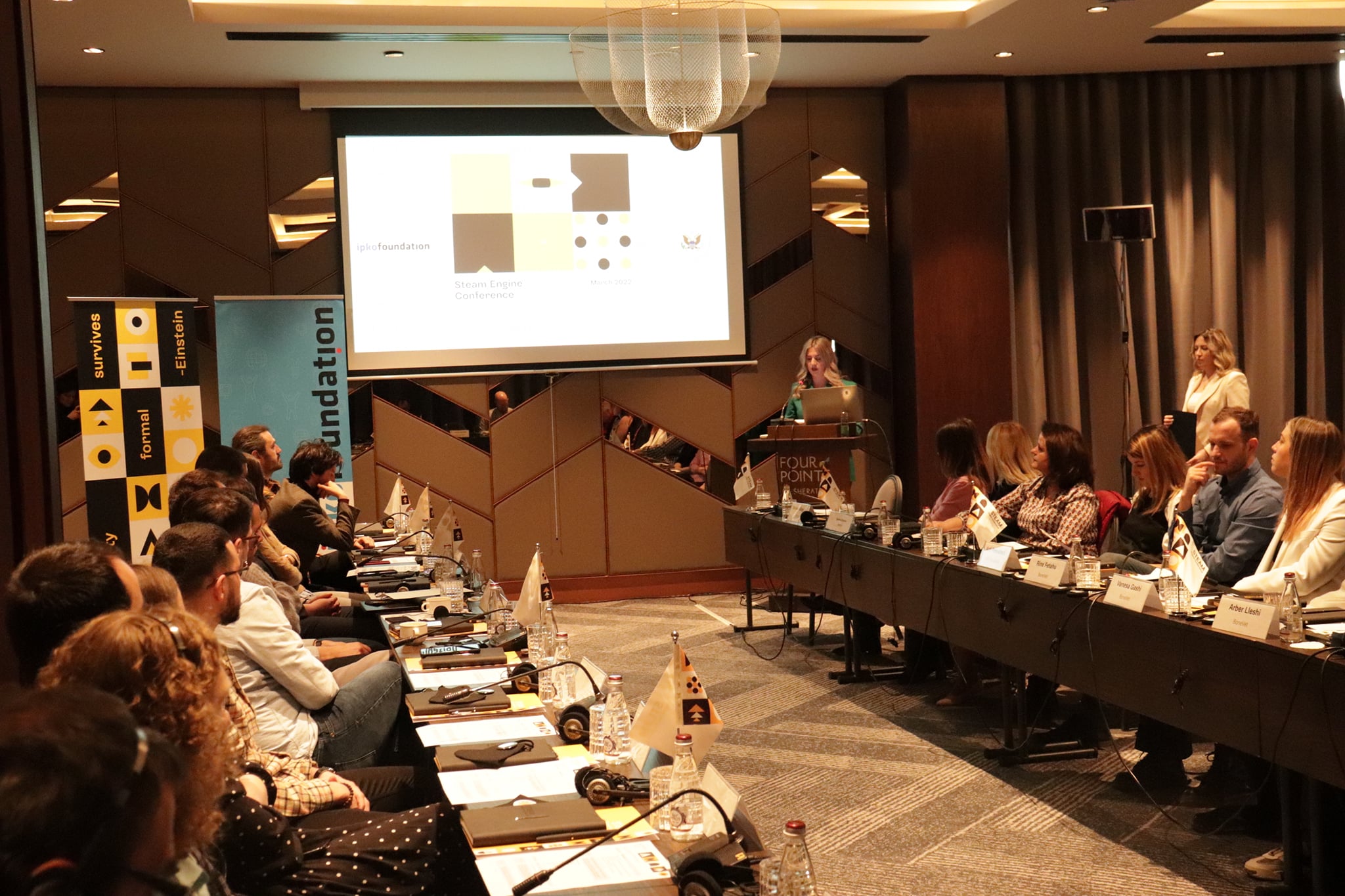 Back to Activities STEAM Engine Conference

IPKO Foundation, supported by the U.S. Embassy Pristina, Kosovo has organized the very first STEAM Engine Conference, which came as a project focused on the improvement of education in Kosovo.

The conference started with the welcoming remarks of Mr. Ray Nayler - Deputy Public Affairs Officer at U.S. Embassy Pristina, Kosovo - Public Diplomacy Office, who said that “the U.S Embassy in Pristina remains committed to working closely with all participating organizations to bring new projects to improve the education system in Kosovo”.

The conference continued with the following speech, coming from Mr. Dukagjin Pupovci - Deputy Minister of Ministry of Education, Science, Technology and Innovation in Kosovo, who welcomed the conference brought by IPKO Foundation and U.S Embassy in Pristina. He said that the institution he represents will be working with all acters to bring new STEAM programs to all young people of Kosovo.

Meanwhile, the Executive Director of IPKO Foundation, Ms.Abetare Gojani said that “STEAM Engine will be a project with a key role in advancing knowledge in the non-formal education sector, which directly affects the improvement of the quality of education in Kosovo. This cooperation of ours will be even more effective thanks to the support we enjoy from institutional actors such as the Ministry of Education and international actors, such as the U.S Embassy in Pristina. “I express my conviction that this conference will be only the starting point of ideas and great projects that we will implement together in order to raise and improve education in the fields of STEAM in Kosovo. The interest of the young people of Kosovo to learn more about these areas and to contribute to such projects is high, so it is up to all of us to offer them the opportunities that have been lacking until today, as we have always done” - she finished.

STEAM Engine Conference was facilitated by Mr.Craig Jolley - Senior Data Scientist at Center for Digital for Digital Development at the U.S Agency for International Development, Washington, USA, who focused his presentation on designing Effective Digital Ecosystems - Framework and Case Studies.

During the conference, participants coming from STIKK - Kosovo ICT Association, BONEVET Prishtina, Autostrada Biennale, FLOSSK Free Libre Open Source Software Kosova, Shkolla Digjitale, Innovation Centre Kosovo, Akademia jCoders and YMCA in Kosovo have discussed the establishment of the STEAM Engine consortium, shared their expertise, and brainstormed on how to improve informal and formal STEAM education in the country through policy and practice.