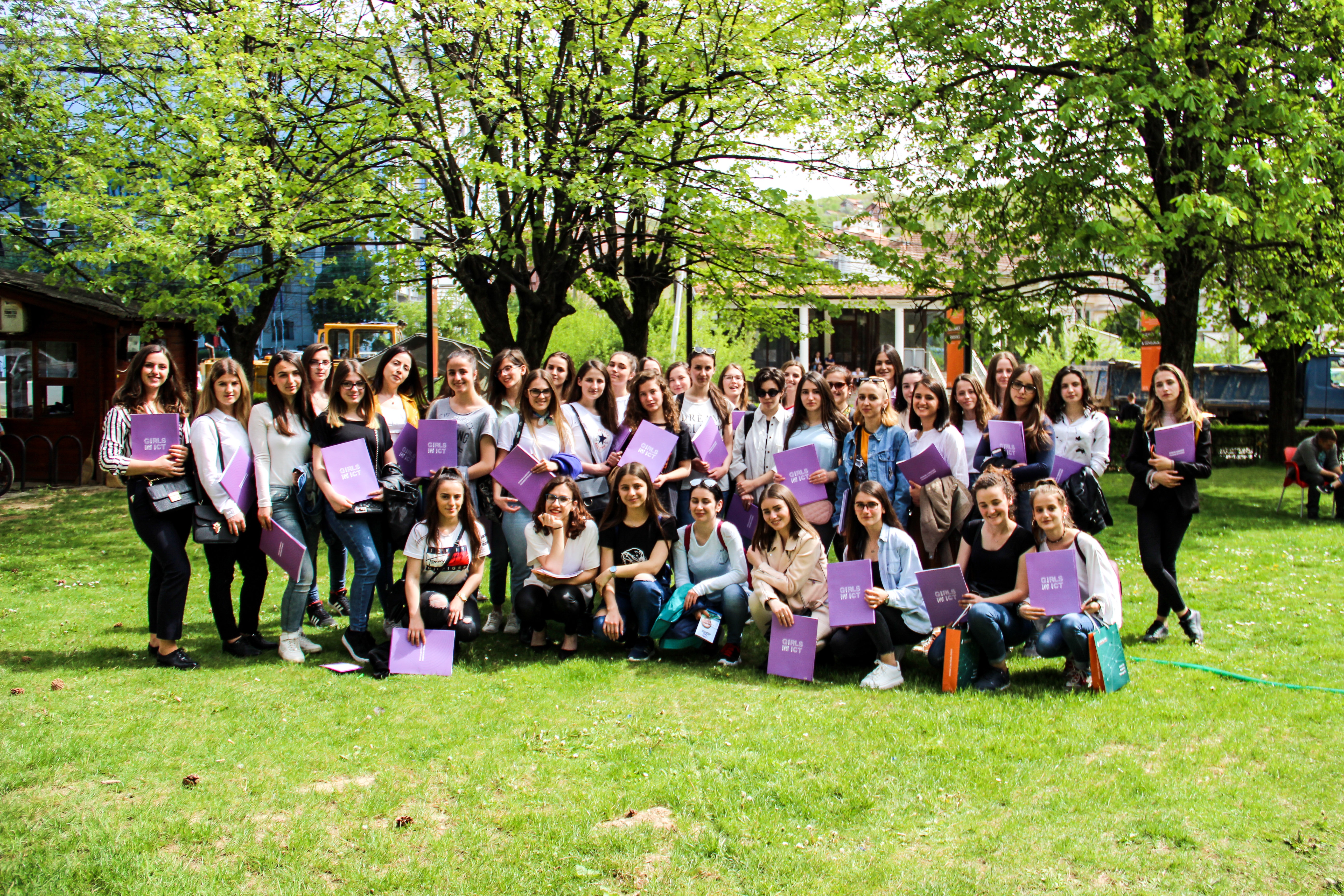 Back to Activities Girls in ICT

The 5th edition of the “Girls in ICT” Conference was held on April 26, at the RIT Kosovo (A.U.K.) campus, under the slogan “Expand Horizons, Change Attitudes”. Hundreds of girls and women from all around Kosovo joined the global movement for gender equality. and encourages girls and young women to consider careers in the growing field of ICTs, enabling both girls and technology companies to reap the benefits of greater female participation in the ICT sector.

Girls in ICT conference opening speeches started with the Program Director of IPKO Foundation Abetare Gojani who emphasized the increased interest that young girls have on ICT field, also proven today by receiving over 800 applications to be part of this conference. Following with Ylberina Morina Mala Program Director of A.U.K - Training and Development Institute said that the TDI department has played a significant role in professionally developing over 300 young girls through their programs. We also had the honor to have opening speeches by Valdrin Lluka, Minister of Economical Development (Ministria e Zhvillimit Ekonomik), Linda Sanaja from UN Women Kosovo and Lisa Magno, Director of USAID Kosovo.

To inspire young women to take advantage of this opportunity, this year there were two successful women as guest speakers: Drena Kusari Berisha the first Kosovar woman that finished her studies at Harvard Business School, and Avery Bang from the NGO “Bridges to Prosperity”. They shared with the participants their road to success showing that through hard work, they can achieve all of their dreams.

The next activity gathered all the girls at the workshops that were organized for them. “Building Bridges” was the first workshop where girls had the opportunity to build bridges with different tools and materials. “Penetration Testing”, the second workshop, was held in the bus to test the security of various wireless connections while riding in around Prishtina, and “Hands on Hacking” was the last workshop where the participants had the opportunity to learn the techniques of protection against cyber attacks and see how these attacks are executed in the real world.

One of the most important parts was the job fair, which assembled around 20 companies from the area of ICT, which gave the participants the opportunity to present their CV-s. Furthermore,  20 participants will be selected from A.U.K TDI to be offered free training and empower them in this area. The winners will be announced on Tuesday, April 30th.

Girls in ICT 2019 was implemented by IPKO Foundation, RIT Kosova (A.U.K) TDI, KUSA, and supported by the Ministry of Economic Development, the US Embassy in Kosovo, USAID Empower Private Sector and UN Women.