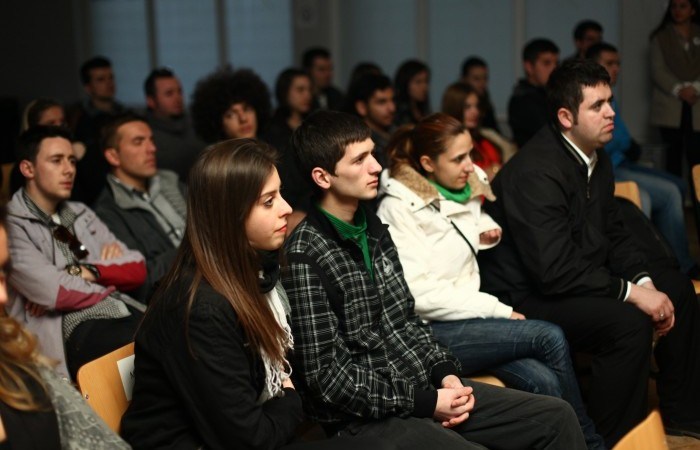 The second edition of BarCamp in Prizren, held at Youth Centre, was probably the most unusual one. However, even under unusual conditions with no electricity, heat, and projector, the audience was curious enough to proceed. The event went forward with around 40 participants who had a chance to see three presentations from three different speakers.  On the BarCamp stage this time were Faik Ispahiu from Jeta në Kosovë, Hajrullah Çeku from NGO ECMA, and Besfort Guri who this time presented about Open Street Maps Albanian Manual.

Although under bad conditions, the audience was curious enough to stay in the cold and dark space, where the only source of heat and light were some candles brought at the last minute, just to hear Faik Ispahiu talking for kallxo.com. For about 50 minutes of improvising presentation, Ispahiu explained to the audience the ways how people can use social media to tackle social challenges, to report corruption, the misuses of budgets, etc. He also mentioned the reasons why he is trying to better integrate kallxo.com as a corruption reporting tool within the municipalities websites across Kosovo.

A civil society activist and founder of ECMA, Hajrullah Çeku was for the first time on the stage of BarCamp to present two projects that his organization used to implement through the usage of social media. During his presentation he emphasized the role of RrOK (The Network of Organizations for the Culture of Prizren), and its role in supporting the cultural development of Prizren. He pointed out that this city needs more attention if we want to continue calling it “The City of Culture”. “The current budget of the city sponsors two Macchiato per year to every citizen of Prizren, instead of supporting above 50 activities that are organized within a year”, said Çeku.

While needing a technical support for his presentation, Guri wasn’t able to proceed since there was no electricity. However, he tried to describe to the audience his project and explained to them how it was financed by the Unicef Innovations Lab.