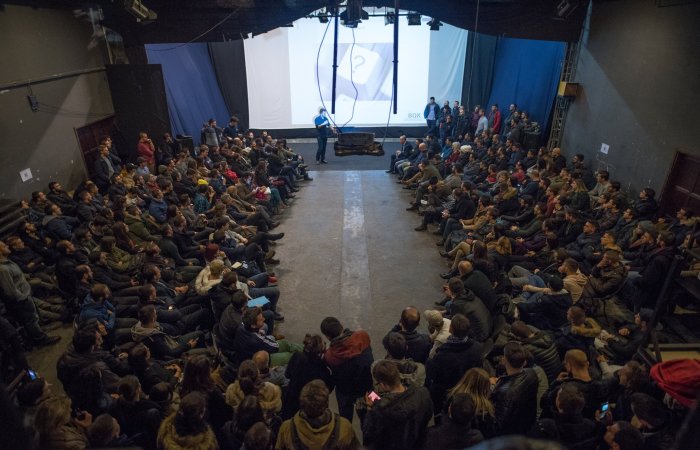 BarCamp Prishtina #48 – The World of Cryptocurrencies

Cryptocurrencies are a very common topic discussed in every corner lately. We gathered at the 48th edition of BarCamp Prishtina at Teatri Oda to discuss and understand the importance and the legal issues related to the blockchain technology.

The moderator Ermal Sadiku (LinkPLUS and DataLab) opened the event together with Ereza Gjikolli. Ermal helped the audience to clarify the concept of cryptocurrencies and the misconceptions in our society. He further discussed about the Blockchain Technology and claimed his strong support on a decentralized technology as being safer and leaving the responsibility to the science of cryptography.

The vice-Governor of the Central Bank of Kosovo(CBK), Mr. Lulezim Ismajli in the name of the Central Bank of the country which withstands in the same line with the European bank claimed that they don’t support this form of transactions. In his words he supported the other forms of transactions that are commonly used and centered while being controlled by a defined authority.

Hekuran Neziri, EBRD talked about his point of view in the financial aspect. He supported the blockchain technology and further discussed the importance and the differences between the cryptocoins. He discussed the specific coins and informed the audience about Ponzi schemes and the growth of the price of some specific coins that in reality didn’t really have much value. Some of these coins were also discussed by their Founders as describing it as a fearful truth, specifically speaking about DOGECOIN. DOGECOIN was created as just for fun by its Founder and it increased a value up to 2Billion Dollars because of a massive word spread between people that it will grow in value in the future.

Granit Kadolli – Gravitas. He focused his speech on the security and the reliability of transaction in a blockchain technology. He further discussed the Mining process as being an ex-Miner by communicating and sharing feedback with the audience. They discussed the significance of an eventual lowering of a price in electricity to those who are willing to work as Miners in Kosovo.

As the discussion wrapped up, with all the curious questions from very eager audience members, every person left Oda with a clearer view on a topic that is definitely more than ‘hip’ and has brought a new wave to the world economy!