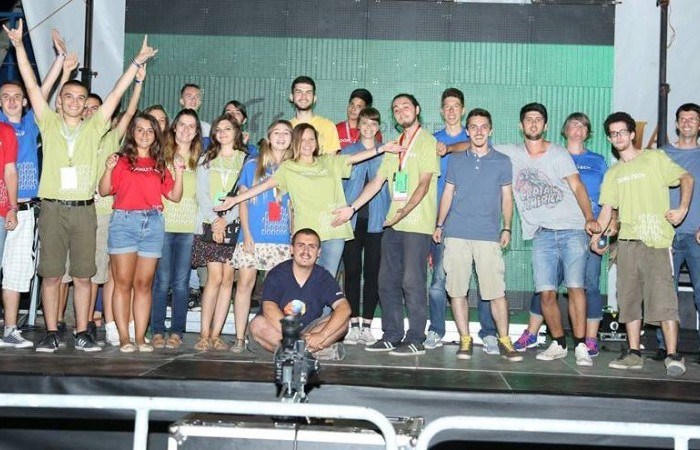 And this was the last day of DOKU:TECH

All the great things come to an end and DOKU:TECH is no exception. We slowly drew to the closing day which was filled with excitement because after all the arrangements, hard work and commitment showed, it was time to put the finishing touches to everything and sit back and enjoy the success that DOKU:TECH achieved.

The final day began differently compared to the previous three days. A documentary named AFK- Away From Keyboard was shown and it is based on the life of the three founders of The Pirate Bay: Peter Sunde, Fredrik Neij and Gottfrid Svartholm.

The first speaker to open the session with talks was Andrej Petrovski who spoke on the topic “Cyber Forensic”. He said: “Our job is mostly to preserve freedom of speech in some circles in Serbia. But, it is a very complex job”. Andrej continued: “For me it is very important to educate as many people as possible to prevent their self on internet”.

The hyperactive speakers of ours- Bilal Ghalib dynamically spoke on the topic Open source art, kindness and terrorism. He was supposed to deliver a talk, but he delivered much more; he even rapped. He said:”If money is the motivation for starting a business it won’t get you anywhere. Hackerspaces are the places where magic happens.” He continued: “My goal right now is to take negative things and inspire positive things.”

The very last but yet not least speaker at DOKU:TECH was Faith Bosworth. The topic of her talk was Playing Google. She introduced to the audience four exciting products of Nest Family: trust, hug, bee and bye. It was something that people were not familiar with it before and as a result they found it to be very interesting.

And just like that, the talks, workshops and activities were done. Throughout this whole period we have referred to DOKU:TECH as a 4-day marathon and suddenly in a blink of an eye we all find ourselves feeling accomplished while the closing ceremony was taking place. We thank everyone for the active involvement and we keep our fingers crossed for a potential next edition of DOKU:TECH.

Until then, keep tech-ing!