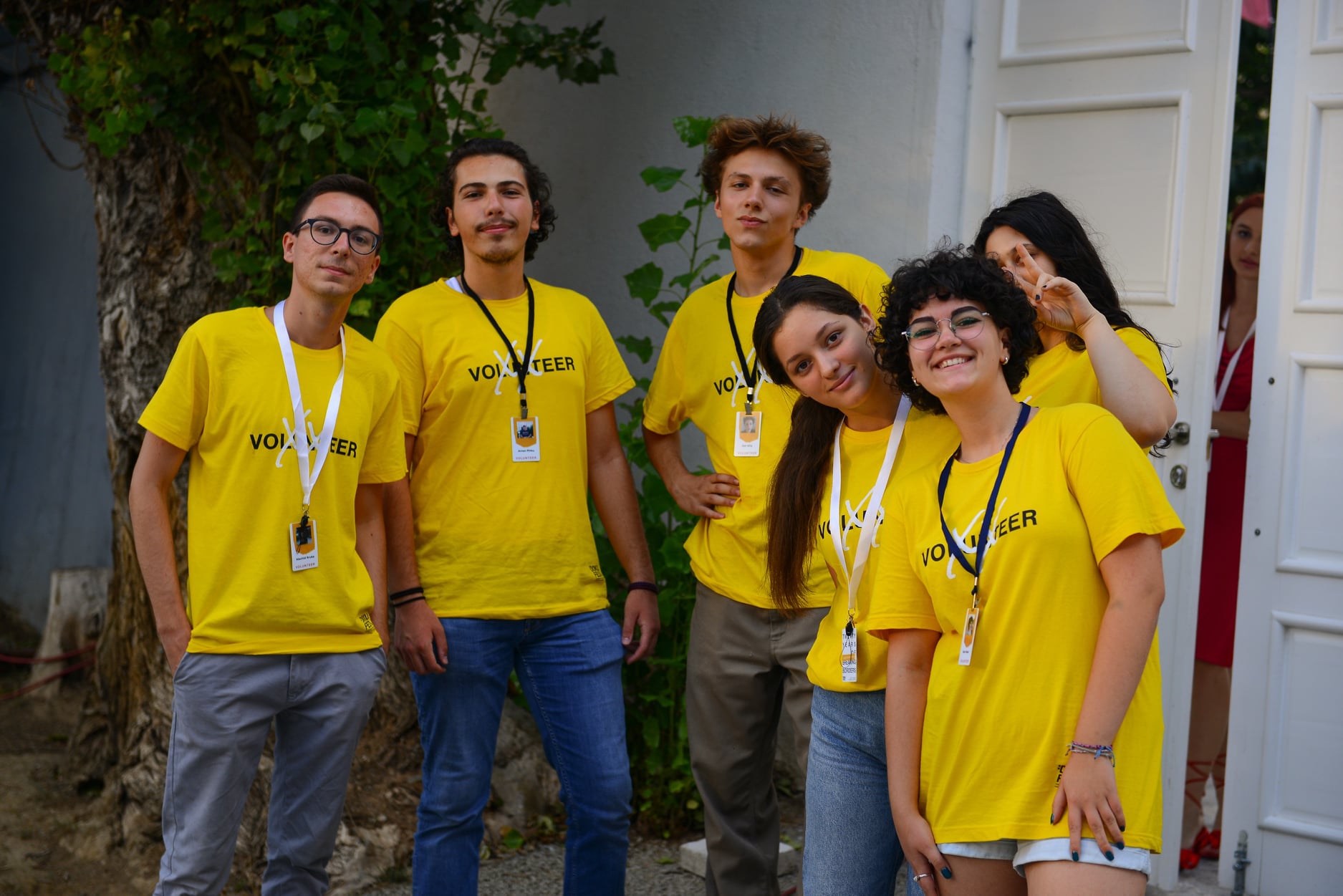 VOLUNTEERS – THE SMILING FACES OF DOKUFEST

The smiling faces of the teenagers, with the yellow T-shirts, have returned to the numerous locations of DokuFest. Last year, the liveliness usually brought by volunteers was missing, as the festival was held on the online platform, due to restrictions as a result of the pandemic. This year about 120 volunteers, known as “busy bees” offered assistance in the progress of the activities within the international documentary and short film festival. At the same time, they made sure that the festival guests feel at home, offering orientation assistance across Prizren.

Volunteers are the pillar of the festival. They are the joy of the city. They are mostly required to smile, enjoy each other’s company, gain new experiences and certainly contribute to the organization and progress of the festival. Without their undeniable help, we would not be able to carry out our activity during the 9 days of the festival.

Due to objective reasons, fewer volunteers had to be accepted this year compared to the usual editions. Considering that this year there were no DokuNights, we had to reduce the number of the volunteers down to 120. Of course, the interest has been great, especially from other cities of Kosova, but also from abroad. This year, we did not have the opportunity to invite all those who have applied, but we hope that in the near future we will give this opportunity to them as well.

The whole idea of this festival has been volunteerism. 20 years ago, when the first edition of DokuFest was held, all those who were involved in the organization worked voluntarily. So, all DokuFest staff once volunteered and now they are in leadership positions of the organization. This has continued for years and has become a tradition, because the very concept of the festival is volunteerism and the promotion of volunteer work. This promotion of volunteer work within the festival over the past 20 years has also influenced the training of new generations for different skills.

By working as volunteers, young people gain skills in various jobs, in specific jobs that are required at the festivals. This way, we train and prepare them for the labor market in different profiles, especially in profiles that are lacking in Kosova, such as: projectionists, subtitling, organization of events, etc.

The festival that was initiated on a voluntary basis today is no. 1 in Europe that hosts the biggest number of volunteers during the festival. DokuFest was satisfied that the 20th jubilee edition of the festival was being attained with the presence of volunteers, because they are one of the important pillars, but also the joy of this cultural organization.

This unique and one-of-a-kind experience as a DokuFest volunteer has been possible gratefully with the support of IPKO Foundation this year by bringing out the spirit of the festival and love for cinema.