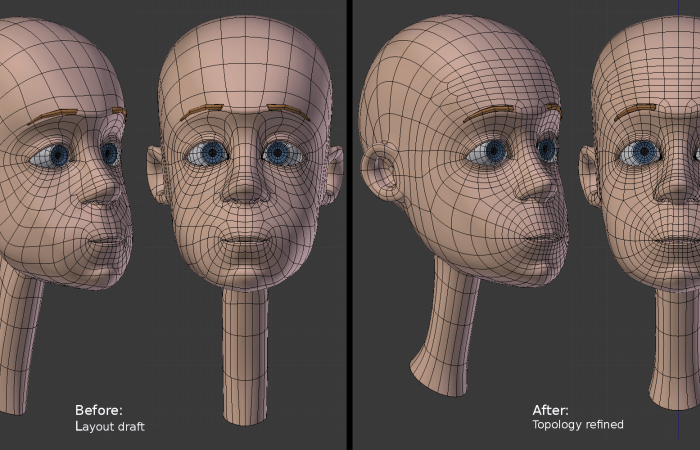 While growing up, I was always told to do what was expected of me. To pick the easy and secure path in life. The same went for my career, I was always advise to pick a career that fit the norm, that was safe and reliable. Being advised to settle for the secure route, I followed the advice given to me by my peers and family. It wasn’t until my final year of high school that I decided to follow my dream. My dream is to become an Animator and make animated films that will teach and inspire generations of children. Like my fellow animators before I began my journey knowing nothing.

Have you wondered how the animated films that every child grows up watching with fondness come to be? Regardless of whether it’s done with classical animation or 3D animation, every film usually starts with an idea. From that idea you do character sketches, you try to draw your characters from every angle imaginable and then you move on to a script. The process of taking an idea from a piece of paper and turning it 3D for children to watch is an exhausting months-long process. From storyboards, script, character animation, lighting, facial rigging, music, background animation, and many other steps every Disney film you see has a team of people from different department working together.

Since Animation curses are very expensive and un-affordable I had to teach myself everything. From drawing animated characters to doing simple animations in after effects. Then I move on to 3D animation. I first started with a free program called Blender who gave me a heart attack when I first opened it. To me it seemed like a space program NASA would use, yet with patience and determination, I learned how to use it.  That was the first stepping stone in a long, long road. By the end of that road, I was using Maya; the same program used by Disney to make animated scenes of my own. Throughout all of this, my teacher has been Google and YouTube.

However, even with determination and passion for animation, there is only so much you can teach yourself. That’s where IPKO Foundation came in. Because of IPKO, I was able to attend the online animation course called Character Facial Rigging for Production. The course was taught by Wade Ryer, who has over 10 years of experience in animated feature films such as; How To Train Your Dragon 2, Rise of The Guardians, Kung Fu Panda 2, and The Tale of Despereaux among many others. The course was very interactive and opened a whole new door for me in regards to animation. It taught me certain methods and specific techniques that I just wouldn’t have learned otherwise.

Thanks to the aid of IPKO Foundation I was exposed to the skills I needed in order to improve my animation skills. I hope to continue down this path and one day make films that will impact a whole generation of children.