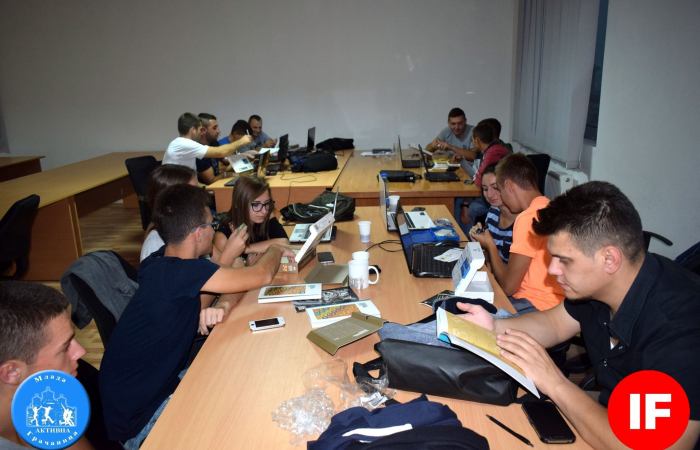 From Curiosity to Innovation

Life in a small town is not always inspiring. Gracanica – a place with very modest conditions and possibilities, also encompasses great people that have the full potential and ability to make something beneficial and necessary for our youth population.

Recently I became a member of the organization “Young Active Gracanica” which offers our youth population the opportunity to prove and show what they are capable of. In addition to numerous projects implemented by the organization itself, one of them should be significantly highlighted. Arduino Workshop is exactly what our youth needed to enter the world of contemporary society, to feel the magic of modern technology that is widely applied in other countries. Such things can rarely be found on our premises, especially in a small place like Gracanica. For the workshop myself, I accidentally learned from a friend who was already a member of the organization. At first, I was acting indifferent, not knowing at all what it was or what kind of purpose it was. But the curiosity secretly caught in me made me go and discover myself.

The workshop started with the introductory speech of the main organizer and representatives of the organization They introduced to us the meaning and function of the workshop as well as the Arduino device itself. Arduino is a microcomputer used in the production of many smart products. Most of the applicants were from electronic and technology faculties or schools, but I, as a gymnasium student, was exposed to these concepts for the first time. This was not a big problem because the lecturer has set aside time to explain to everyone what we did not know.

Resistors, capacitors, switches, diodes, and wires have become the basis of every workshop, and the basis of every project that has been done. From the more simple ones, based on the light of one diode, to the more complicated, wire-set, a large code that sometimes knew to be a big problem. But as each problem was resolved, we could easily solve them with the help of organizers and more experienced participants in the workshop. There were five workshops, and we were allowed to use the premises of the organization and to spend our time wisely on acquiring knowledge in this field. Some of the projects we were working on were the measurement of the room temperature, the production of a traffic light with a couple of diodes, and the final project was a game of “Simon Says”. The final project included everything we had learned so far. From the use of diode, resistor, base, LCD, switch and other wires.

At the day of the giving certificates, friends from the IPKO Foundation, who enabled a successful workshop, joined and tried the game that we made. With their praise and the praise of the Young Active Gracanica organization, the workshop was successfully completed. We have come out richer with the new knowledge and great learning experience.