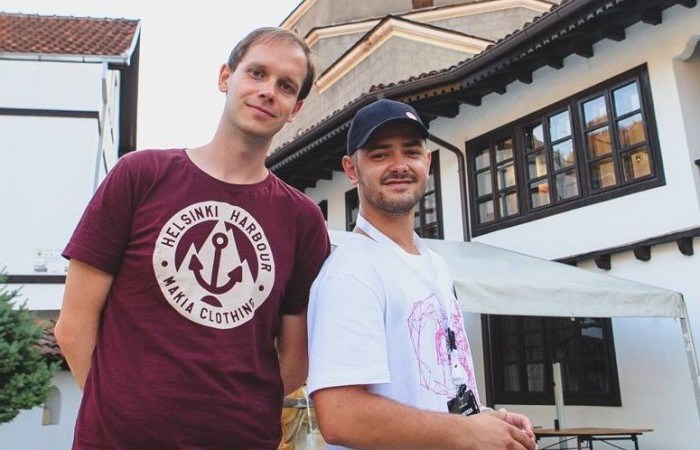 In a world that is run by technology, I believe each and every one of us seeks information about it, ways of feeling more comfortable with the new technology and advancements and etc. It is a huge responsibility to bring that information in a feasible way to the common wanderer. DOKU:TECH is a place that combines technology and presenters perfectly to bring amazing information in an even more amazing format. Innovative, practical, and visionary, are the words I would use to summarize DOKU:TECH 2015, although it’s hard to encapsulate it as such. It will be a long time before I stumble upon an event with such significance, both personal and professional. I had so much fun doing the Social Media part, with Zana Cana as my partner and supervisor!

Social media and writing have always been some of my strong suits, and I could not be happier than when I used those skills to benefit an event with country wide importance.Just as all great events that have an even greater team behind them, working in the background to serve nothing but the best experience to the participants – so did DOKU:TECH 2015. From the moment I was recruited as social media assistant, I was continuously motivated by the inspiration each team member showed towards the project. The energy radiating from the IF team seemed to grow brighter with every day passing, even though everybody was working hard towards the final goal. On the “day of” DOKU:TECH, besides the tasks that needed to be done, the team was amazingly flexible to perform each and every task that came as an obstacle to the team. What was even more amazing was the fact that once chosen as part of the DOKU:TECH team, you were given a great deal of trust and each task was given freely, trusting that the task at hand would be performed with only the best results. This was something that motivated with an unending energy.

Besides the experience gained, the most influential part of the whole conference was listening to magnificent speakers, who each had a better story then their predecessor. From stories of printing food, to outer space travels performed by the initiative of the people, to million dollar ideas, to successful business strategies, all were breathtaking presentations and workshops. Starting from the first speaker up until the last one, every word that was spoken on that stage was practically inhaled by a pool of amazed, open-mouthed spectators. Personally, I remember forgetting to put in text what I was hearing, when Yanki Margalit started talking about the future of printing foods. Or the concept of space travel happening outside the government institution, conducted by renowned scientists, aiming to send people to space outside of the NASA. Another jaw-dropping moment was when Esther Dyson came on stage, just knowing that she had worked as an assistant to Bill Gates and that sometime soon, if the conditions allowed, she would like to spend her retirement on Mars… that took a few moments to comprehend. Or the co-founder of ThePirateBay, Peter Sunde, who believed in a world of free information and had such an interesting point-of view. Seeing the main reason behind many downloads, legal or illegal (Oh oh…), speaking on stage and being able to take a picture with him is an experience that even money can’t buy. All this goes to say that I thoroughly enjoyed being part of the conference, and it has taught me that every great effort that ever changed the world, had hardworking people behind it that believed in the idea.

As an idealist, contributing my time to such events is one of the biggest successes in my life, and I am more than excited to be part of the upcoming event and working with an amazing team next year!