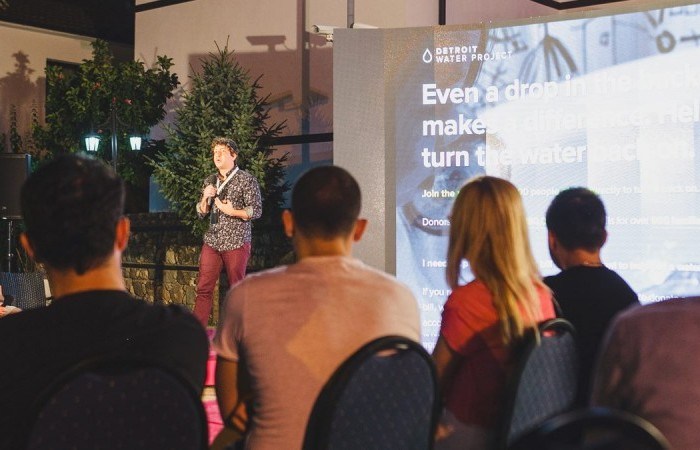 This is Lane Becker’s first visit to the Balkans. He is going to bring us a story of America and the California Gold Rush of the 1850’s. A harrowing adventure for the original gold seekers who picked nuggets up off the ground or panned for it in streams over time new technologies were developed which extracted billions in today’s dollars.

Lane, a native of Texas who grew up 4 blocks from Bruce Sterling in Austin, was a gold miner in the modern day gold rush of Silicon Valley where he has built and sold three companies.  He is most recently of Code for America – and is soon to be managing clients as part of 18F enabling U.S. government agencies to rapidly deploy tools and services for citizens that are easy to operate, cost efficient, and reusable.

Look at the world – where does Silicon Valley really come from? San Francisco emerged as the city it is today from the Gold Rush. Silicon Valley is just another Gold Rush. Back in the 1850’s the people who made money were the people who showed up first. After just a bit of time it got more and more difficult to find gold without technology. The ones who could take advantage of the opportunity were those who had money.

The gold rush we are participating in now with technology is like that California Gold Rush. The early days of quick win, quick exit start ups are over. Now success requires a stronger network, more relationships, greater effort, more time. Appreciated that DOKU:TECH provided a forum for people who are trying to think at a large systemic scale about where we are headed. Hope, inspiration and opportunity.

Where should we be putting our time and attention. Not a venture like Wag! But instead increasing connection between people and increasing peoples access to resources. Examples such as BlightStatus, HeatSeek NYC, Detroit Water Project.