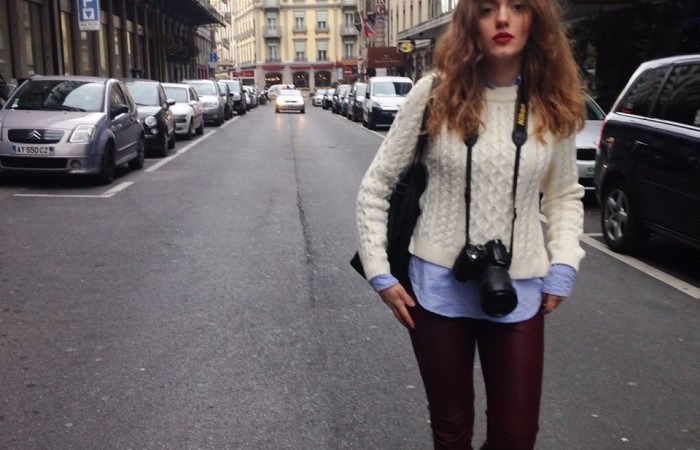 A Breeze of Tech at DOKU:TECH

Gathered in the ancient city of Prizren, DOKU:TECH brings technology, creativity, inspiration and awesome people together. DOKU:TECH is a conference and workshop where the emphasis is placed on succeeding in the digital era and dealing with the impacts of technology in a society in transition. From cobblestone paved streets to the speaker’s podium, organizers of DOKU:TECH have enriched the event even more by bringing together speakers who are determined on inspiring and encouraging those who are interested in globalizing and implementing ideas through the use of technology, social entrepreneurship, business, privacy and digital security. But, how can one be an innovator, entrepreneur, risk-taker, developer, manager, creator and a whole lot more? Let’s find out!

There is something for everyone at this conference, whether you’re an architect, manager, student, teenager, or just an ordinary wanderer in Prizren. The chosen speakers come from diverse backgrounds and their stories revolve around failure and success, trial and error. Considering the fact that everyone starts small, the speakers will most definitely promote ideas to be implemented, different start-ups and a variety of other activities.

A spider web is no different than the internet. Webs allow spiders to move, connect, and catch their prey. Networking, on the other hand, is a system in which individuals are allowed to connect easier with the world and share whatever they believe they should, and most importantly, catch the prey or reach their goals through internet sharing.

The idea of connecting is not the same as connecting ideas. Founder of StartBitcoin.org, Elizabeth Stark will share her way of intersecting technology, entrepreneurship, economics and law. Stark has a rich background starting from being a lecturer at Yale and then becoming the founder of her own company. How cool is that?

For those who haven’t read “Get Lucky: How to Put Planned Serendipity to Work For You and Your Business” book yet, they should better start now. The book includes ways in which we can all get ‘lucky’ in business, but it also includes ways in which we can increase our focus, divergence, motion etc. Should we call it ‘luck’ that we have the author of this book, Mr. Lane Becker, as a speaker at our conference?

Another speaker at our conference helps people find ideas, and ideas find people. Laurent Haug will be sharing his remarkable story and since he was twice chosen as the most influential person in Switzerland, he will most probably influence us too.

What are disruptive ideas? Are they simple, costly or even possible? Jan Erik, a speaker at DOKU:TECH conference, loves disruptive ideas, creativity and uncompromising execution. Jan Erik has experience, and he is willing to share his experience with us, after all, he is the co-founder of Helsinki Ventures.

A true technophile, Arikia Millikan, will enlighten us with her stories of being a freelance tech journalist and how she became the founder of LadyBits and much more.

Abstract thinking is one of the key features that characterize human beings, but Elena Zheleva has graduated in design thinking. She dedicates her carrier into the methodology of design thinking, a methodology which implements techniques that are applied in the process of designing.

Bes Bujupi loves creating and designing, and he is a senior at AKQA London. Mr. Bujupi is a digital creator who will undoubtedly make us relate to his story and success.

The story of Max Gurvits involves movement from there to there. Each of Guravits’s movements was followed by an accomplishment. Even though he graduated from Law School, his diploma did not affect his love for technology.

Inspiration and influence will be easier at DOKU:TECH since most of our speakers have been acknowledged influential people. Esther Dyson nurtures start-ups, and what better place to nurture them than at our conference?

Scientists are prone to research and thirsty for knowledge. Kentaro Toyama, a computer scientist, will help us connect to the world we are heading to, the automatic world.

The world of internet is exciting as much as it is scary. Matters of security were one of Yanki Margalit’s concerns, therefore he developed Aladdin Knowledge System and now is a chairman of several startup companies.

We have all thanked him many times we wanted to download something on The Pirate Bay. Being the brain of such a project can be stressful, but also rewarding.  Peter Sunde, the co-funder of The Pirate Bay will address issues of copyright, freedom of information and online privacy while sharing his story of creating The Pirate Bay.

DOKU:TECH conference and workshops will inject new thinking and opportunities. Prizren will only be one of the plus benefits of the whole conference. Imagine yourself in the beginning of August, drinking ice-cold lemonade near the Bistrica River and listening to such inspirational, thought-provoking and impressive talks.