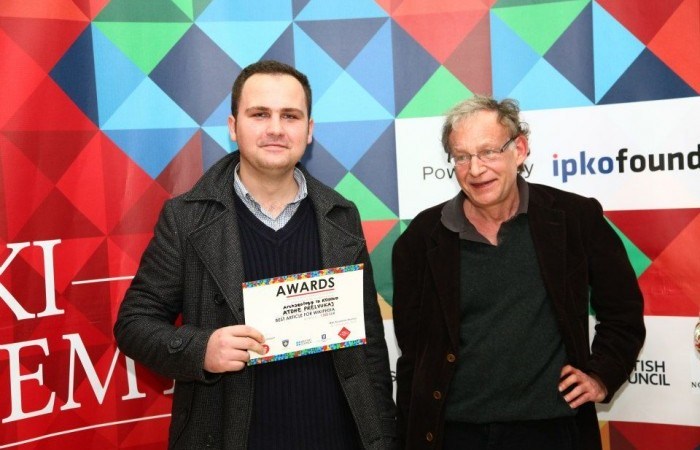 Back to Blog Wiki Academy

Wiki Academy- One of the Most Rewarding Experiences of My Life

Atdhe Prelvukaj – First Place Winner
Writing for Wiki Academy Kosovo has been one of the most rewarding experiences of my life thus far because I met a lot of interesting people, got to contribute towards a great cause, of representing Kosovo online and enriching Wikipedia with objective content.

I heard of Wiki Academy Kosovo by accident and became part of it through equally accidental circumstances. A friend of mine told me that there was a contest for writing about Kosovo on Wikipedia, and I, being a Wiki-head, jumped straight to the challenge. At first I wanted to write about different topics together with a team of my friends, but they were all busy with different obligations that they had, therefore I ended up writing by myself. I knew what I wanted to write about from the beginning, and that was Archaeology of Kosovo. I wanted to write about this subject because it is my life’s passion, and I think that we are not factually aware of how rich our underground is. Due to this lack of awareness we do not pay proper respect to our culture. How can we expect anyone to respect us if we cannot respect ourselves? It all seemed reasonable, Archaeology it was.

Kosovo, even though small, is geographically located in the cross-roads between the great empires of Europe and Asia, and as a result of this it is an archaeological gem. This presence and preponderance of sites and artifacts made the writing hard and easy at the same time because I had enough to write about, but would it be too much? Would I miss out something important? What do I want to include in the content? How would I structure the article? How would I present it?

These and a thousand other questions went through my head during that time. It was an interesting time, because I had just returned from my studying/living in the U.S. and was eager to contribute to something for the good of Kosovo. It also was an interesting thought that there was an organization that was encouraging us to write on Wikipedia, being that there was a tremendous lack of knowledge and content about Kosovo online. Most of the content that was online was subjective and did not present Kosovo truthfully to the eyes of the world.

Our goal was to, for the first time, present Kosovo online for what it really was and how it really deserved it. The first day that I went to the Wiki Academy Kosovo Camp, after weeks of working on the article from home, it felt as if I was at a congress of minds, all passionate of a certain subject, all there to give their all to write about their passion online. It was a feeling of belonging to something greater than the individual, it was a community of like-minded people, all there for the greater good of Kosovo, objectivity, truth, and knowledge over all. And of course, once the process started, and we got to meet the mentors from all over the world who were there to teach and critique us, I just got immersed into the process, time lost meaning, content found its own place, presentation built upon its own self, and somehow everything worked out perfectly.

Being that there were so many talented people writing about such interesting topics, I really didn’t expect to win with my mundane topic, but it truly was a pleasant surprise and a good reward for all the hard-work we put in.

During the writing, you should prepare the content, and all the stuff that you want to include in the article ahead of time. You should also make sure that the pictures that you want to use are in the public domain, or that you have permission to use them from the respective institution. After publishing the article you should be able to maintain its content, and work on it continuously, because Wikipedia is open to anyone, and people who might be bothered by the content of your article would want to change it. Therefore you should be prepared to maintain your article even after the fact of publishing, because it is partly a child of your mind, and according to Socrates, physical and mental pregnancy have no difference whatsoever, for both of them will surpass you in this world. Most of the time that is, if it is good enough.